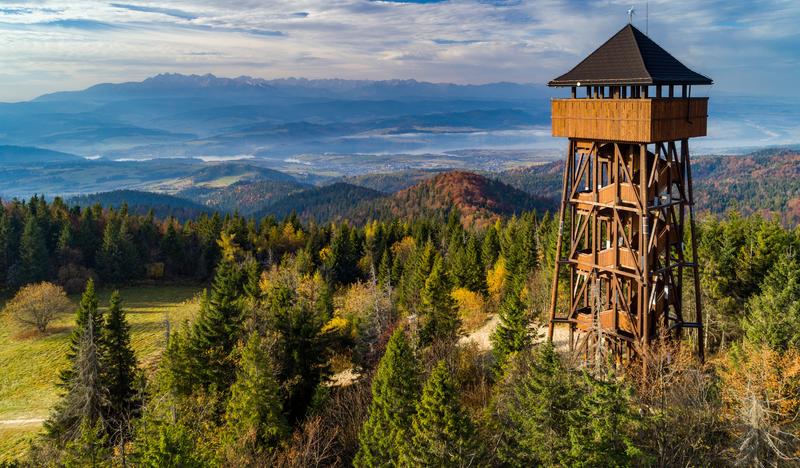 The observation tower on Lubań is 30 metres high. There is an observation deck at the level of the 20th metre, from which you can admire the Gorce Mountains, the Pieniny Mountains, Lake Czorsztyn and, in good weather, even the Tatra Mountains. There are 138 stairs leading to the viewing platform with rest platforms every 8 flights of stairs. The platform is monitored 24 hours a day. There are panoramic boards on it.
On Lubań, there are ruins of two former mountain shelters that burned down. The first one in 1944, during the Second World War, and the second one, built in the 1970s, operated for just over two years and was also consumed by fire.
You can get to Lubań from the Snozka Pass (from Nowy Targ behind Kluszkowce) via the blue trail.
It is worth mentioning that on the pass is 'Organs', a monument  made by Władysław Hasior. This is one of the most intriguing and recognisable Polish artists of the 20th century.
The route to the top of Lubań takes about 2 h 30 min.
Today there is a base camp for tents just below the peak. 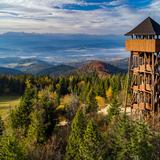 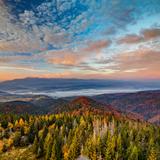 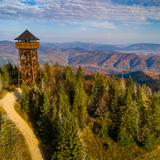 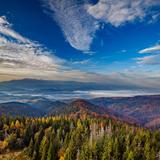