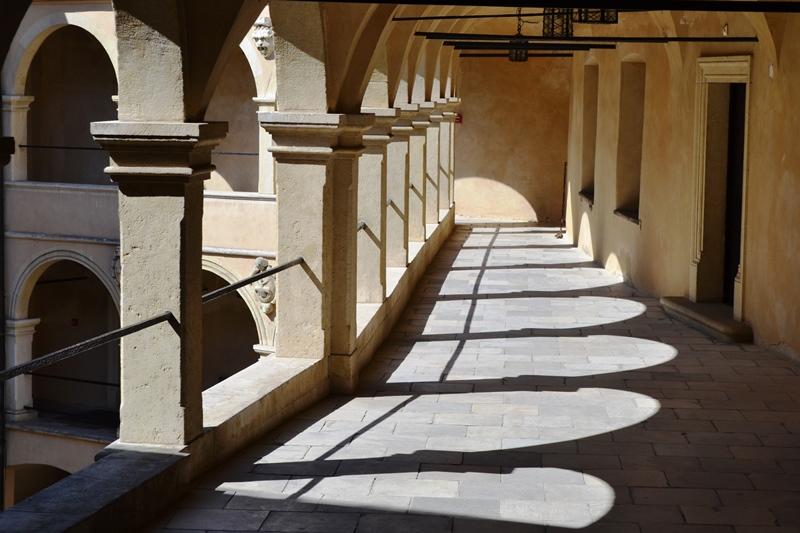 Upland likes to surprise, which is proved by places such as the “chapel on the water” or the Bogdan Szczygieł and Bożena Szczygieł-Gruszyńska African Museum in Olkusz. In the building dedicated to the art and culture of Africa, there are objects that will make us learn about the history of this continent. Thanks to the collections of such figures as dr Bogdan Szczygieł, dr Bożena Szczygieł-Gruszyńska, prof. dr hab. Anna Kubarska and Leon Kubarski, we learn how everyday life of West and Central African tribes looked like. In the Olkusz museum we will see, among others musical instruments on which people from this part of the world have played and still play with joy. Carefully carved ritual drums, rattles or lute will convince us that Africa is a land of great sounds and exceptional artists. In addition to the instruments, we will see in the African Museum, among others, masks used by local people during important ceremonies or a rich collection of African paintings. African culture enthusiasts are also recommended to visit the Mission Museum (Pilgrim's House) in Czerna. This institution documents the 44-year ministry of the Bare Carmelites in Burundi and Rwanda. At the Mission Museum you will find exhibits about the everyday life of the inhabitants of Africa.

We will return to Poland and our its culture with a visit to the Kocjan Cottage in Rabsztyn. In this house – built in Olkusz in 1862 – was born and lived Antoni Kocjan, glider designer and head of ZWZ / AK air intelligence, who discovered the secrets of the German weapons V1 and V2. In the first years of the 21st century, the building was dismantled and moved – today it stands at the foot of the castle in Rabsztyn. Currently, the Kocjan Cottage plays the role of a mini-open-air museum, in which we find farm equipment and many souvenirs and photos from over 70 years ago. The Museum of Works of Władysław Wołkowski based in Machnicki Manor in Olkusz is dedicated to a slightly different topic. The facility presents the works of a renowned artist who likes natural materials such as wicker, cane, string, linen or metal rod. Thanks to the visit to this institution you will learn why Wołkowski was named the author of the “Concept of Poetic Apartment” and “Michelangelo of Wicker” – and maybe you will even get inspired by his ideas!

Thanks to the collections of the Firefighting Museum of the Olkusz Land and the Regional Museum of PTTK in Olkusz we will learn the history of Olkusz and the surrounding area. As far as the region's history is concerned, the following also deserve attention: The Collection of Minerals of the Olkusz Land and Fossils of the Kraków-Częstochowa Upland, the Museum in Pieskowa Skała, the Mine of Knowledge about Zinc in Bukowno and the Carmelite Museum in Czerna.

The fact, that Jura is first of all one of the most picturesque regions of Poland, will be reminded by the Nature Exposition of the Ojców National Park in Ojców. Thanks to 3D screenings, we will learn the extraordinary history of the creation of the Prądnik Valley. We will also see numerous geological and paleontological exhibits from the Park area and visit the reconstructed cave interior.
Moving towards the northern border of the Małopolska part of the Upland, we shall reach Olkusz. It is one of the oldest Polish mining cities, where lead and silver ore was mined already in the 13th century. If you have already walked through the streets of Olkusz, maybe you have entered the Silver Trail of the Olkusz Gwarki. One of its important part are bronze figures of gwarki or Olkusz miners, placed on pedestals made of red Parczew conglomerate. The trail can be explored using a free audio guide. Olkusz – despite its richness in silver, had to wait a few centuries for its glory years. A breakthrough came in the 19th century, when zinc and lead mining developed in the settlement. Today, while strolling the streets of the city, we will see, among others, the tower, defensive walls, historic tenement houses on the Market Square and the Basilica of St Andrew (it's worth looking inside the church, because it hides the oldest organ and polyptych in Poland). You may also reach the Old Cemetery from the beginning of the 19th century (where colonel Francesco Nullo – who was killed when fighting for Poland's freedom during the January Uprising – is buried), Jewish cemetery or war cemetery. In Skała, Bydlin, Cieplice and Kaliś we will find the remains of the Great War located on the First World War's Eastern Front Trail.