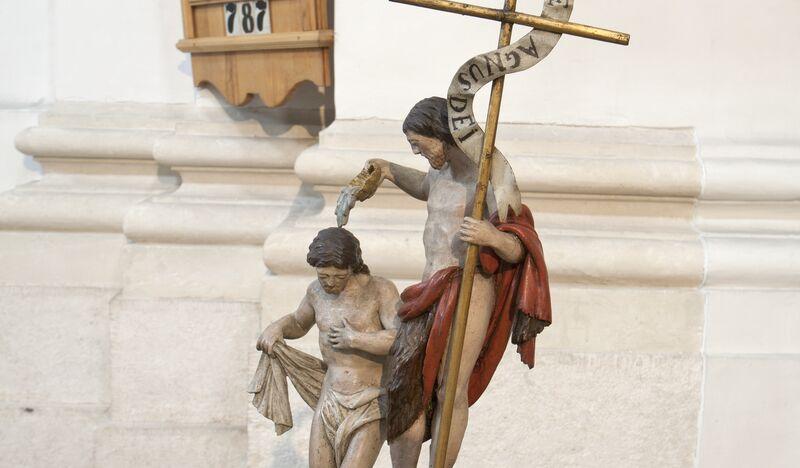 Protestantism, the name adopted for the churches and Christian communities originating from the Reformation movements initiated by Martin Luther. It was formed in opposition to the religious and organisational doctrines of the Catholic Church. The name is derived from the protest reported in Speyer in 1529 by the Luther followers against the religious restrictions introduced by the Catholics opposing the Reformation movements. In the bosom of Protestantism, there is Lutheranism, Calvinism, Anglicanism, and religious communities formed on the basis of those beliefs in the 17th century - Mennonites, Baptists, Methodists, Adventists. In the 19th and 20th century, the Church of Christ, and Pentecostals were separated. The Protestant churches and communities differ in terms of the dogmas of faith and rites. The basic assumptions of the theology are based on the principles: sola scriptura –only the Scriptures are authoritative in matters of faith and the Old Testament is in the Hebrew Canon; solus Christus - only Jesus Christ, true God and man, sola gratia et sola fide – only the grace of God and faith is the basis of the justification of the sinner regardless of his acts, soli Deo gloria - glory to God alone. They do not recognise indulgences, the cult of Mary, the cult of the Saints and their relics, the existence of purgatory, the sacrificial nature of the mass, hierarchical priesthood, celibacy of the clergy. The Protestant denominations are ascetic, frugal in form. They put an emphasis on respect for work, discipline, resistance to weaknesses. The most important festivals are: Christmas, Easter, Whitsun, Ascension, feast of the Reformation (31.10). In Poland, the Reformation ideas became popular in the times of the last Jagiellons. The Lutheran congregations (mainly in Wielkopolska), reformed congregations (Lithuania, Małopolska), Unity of the Brethren congregations (Wielkopolska) have been formed. There was also a radical faction of Calvinism - the Polish Brethren (Arians). After the introduction of the Tridentine reform, the development of Polish Protestantism has been stopped, which resulted in attempts of an agreement between the existing factions, e.g. in Koźminek in 1555 (Calvinists, Polish Brethren), or in Sandomierz in 1570 (Lutherans, Calvinists, Unity of the Brethren). On the 400th anniversary of the Sandomierz Agreement, the Polish Lutherans (members of the Evangelical Church of the Augsburg Confession) and reformed Evangelicals (Calvinists and the heirs of the Unity of the Brethren) in 1955 established the so-called altar and pulpit fellowship. Currently in Poland, about 200 thousand persons are members of the Protestant churches and the largest group are the Lutherans (80 thousand). In Krakow, there is a dozen or so of the Protestant congregations, inter alia, Evangelical-Augsburg, Baptist, Seventh-day Adventist, Pentecostal Church, Church of Jesus Christ, Free Christian, Methodist. The ecumenical church is the St. Martin’s Church at ul. Grodzka, at which there is the Evangelical-Augsburg parish and Evangelical-Reformed parish. Every Fall in Krakov the 7xGospel festivalis organized. This event is dedicated to the Gospel music, whichassociates with Protestant confession.