Saints and Blessed related to Małopolska 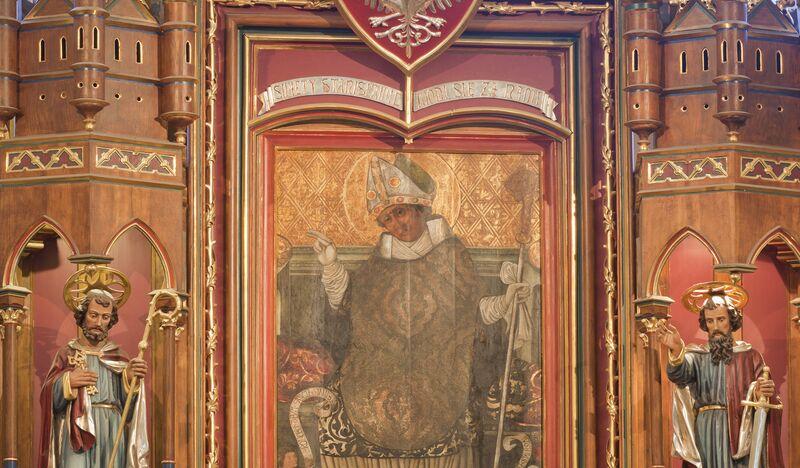 Małopolska is a region with which stories of many Saints and Blessed are associated. At the beginning, we should mention here St. Florian, the Roman legionary, whose relics were brought to Krakow in the 12th century. He is the patron saint of the city and of firefighters. In Wawel, St. Stanislaus of Szczepanów, Bishop and martyr, and St. Queen Jadwiga are buried. In the Dominican Church – St. Hyacinth, founder of the first Dominican monastery in Poland is buried. In the Church of St. Anna, St. John of Kanty, priest and Professor of the Krakow Academy, rests. Brother Albert Chmielowski, painter, founder of the Albertine Order, is associated with Krakow. In the Bernardine Church, St. Simon of Lipnica, preacher, rests. In Łagiewniki, there are the relics of St. Sister Faustina Kowalska, worshipper of the Divine Mercy. In Kazimierz, in the Church of Corpus Christi, there is the grave of St. Stanislaus of Kazimierz, Lateran Canon, preacher and protector of the poor. With Stary Sącz, we associate St. Kinga, wife of Bolesław V the Chaste, founder of the local convent of Poor Clares. In Czerna, the relics of St. Rafał Kalinowski – Discalced Carmelite, founder of the monastery in Wadowice are buried. Near Auschwitz, there is the centre of cult of St. Maksymilian Kolbe, Franciscan who gave his life for the inmate in the Auschwitz concentration camp. Also, Blessed Pope John Paul II is inseparably connected with entire Małopolska