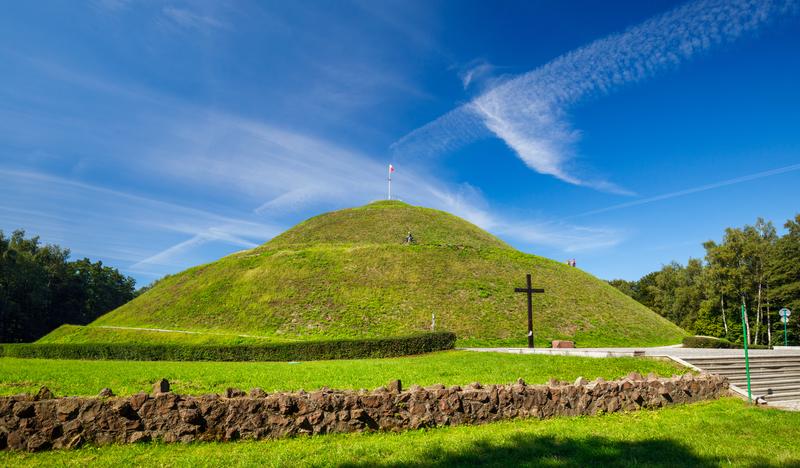 Show details
Piłsudski’s Mound is the tallest mound in Krakow, as well as in Poland, built on the top of Sowiniec in the Wolski Forest.
The building process began on the 6th of August 1934, on the 20th anniversary of the march of the First Cadre Company from Krakow, and the mound was ultimately completed in 1937. The mound commemorates the Polish nation’s struggle for independence, and it contains soil from sites of various battles, which took place from 1794 to 1920. Today, the foot of the mound also contains soil from the battlefields of World War II. The mound, named for Marshal Józef Piłsudski, is also sometimes referred to as the Independence Mound. The top of the 35-metre-tall mound offers a beautiful view of a panorama of Krakow, with Kraków Valleys Landscape Park visible to the north, and the Beskids with Babia Góra to the south. Given good weather, one can even see the Tatra Mountains. The mound is a perfect destination for a family walk or a bicycle ride. You can combine a visit to the Piłsudski Mound with a tour of the nearby Krakow Zoological Garden.
Back 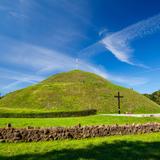 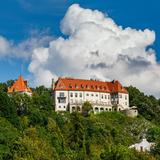 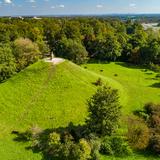 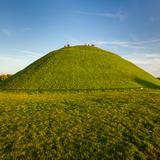 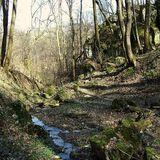 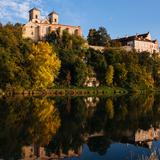 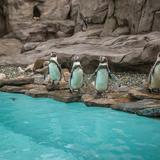 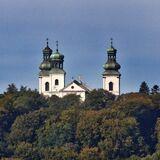 Camaldolese Monastery in the Craco... 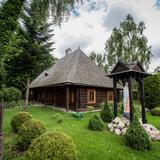 The complex of wooden buildings Kr... 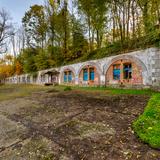