The Church of St. Lawrence in Grojec - Obiekt - VisitMalopolska

The Church of St. Lawrence in Grojec 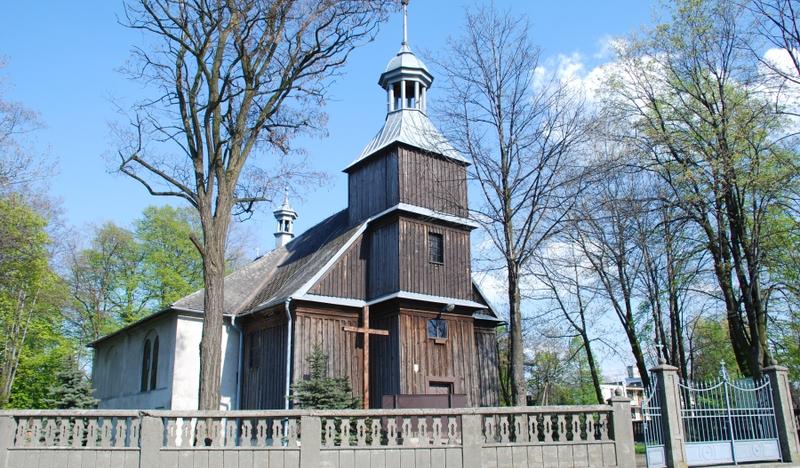 www.drewniana.malopolska.pl
Show details
The Church was built in 1671 with the support of Zygmunt Porębski, since when it has been rebuilt numerous times.
The church is oriented (to the East), wooden and brick, and has a single nave. The nave and the chancel, narrower and closed on three sides, are wooden – erected using log construction with vertically boarded and moulded walls. The chapel, opening on the interior of the nave, and the sacristy are brick. The doorframe of the entrance from the southern galilee to the nave has a lintel in the form of an ogee arch. The nave and chancel have a bevelled ceiling covered with colourful baroque paintings. Worth seeing in the area! The village is situated on the north-western edge of the Osiecka Upland. From the west and south, it is surrounded by numerous fish ponds. The original name “Grodziecz” is of topographic origin. On the so-called Grojecka Mountain, as well as in Łazy, there are traces of hill forts from the beginning of the past millennium. The first mention of Grojec (“Grozey”) appears in a document from 1285 in the context of granting the charter to the neighbouring village of Sępnia. In the 19th century, the owner of Grojec was Adolf Bobrowski, who founded a farm and a settlement called Adolfin. The Neo-Gothic palace, preserved to this day, was built by his grandfather, Ignacy Bobrowski.
Back

The Church of St. Lawrence in Grojec 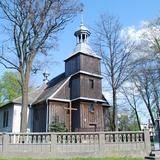 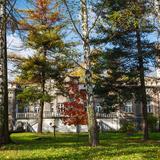 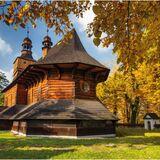 See more Go to Article The Parish Church of St. Martin in Jawiszowice 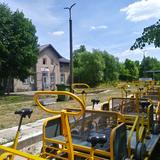 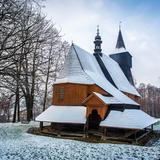 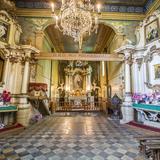 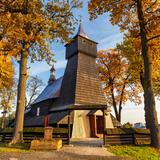