49.98372,20.05033
32-020 Wieliczka
Show details
Where did the salt in Wieliczka come from? The legend says that the princess Kinga Arpad, later the wife of Bolesław Wstydliwy, had a salt mine as her dowry. It was then that she threw her engagement ring into a shaft in Hungary, and when she came to Poland, she stopped in a small town, and ordered her miners to dig. To the amazement of all those present, a lump of rock salt and a sunken ring were pulled from the ground.

There is a grain of truth in every legend – however, the dating of the rocks of the Wieliczka deposit shows that it existed about 13.6 million years ago. In fact, salt was extracted in this area as early as 3500-2500 BC. Wieliczka was the largest salt extracting mine in Małopolska, mentioned for the first time as Magnum Sal, or Wielka Sól (Great Salt).

The Wieliczka deposit stretches latitudinally for about 10 kilometres with a width of up to 1.5 kilometres.

Within it, two parts can be distinguished with a different geological structure: the lower one is shaped in the form of strongly deformed layers and the upper one is in the form of huge lumps as if stuck in dough. This structure of the deposit is reflected in the form of underground workings and corridors, which consists of 9 mining levels and almost the same number of types of salt.

The first exploration shafts were broken in Wieliczka in the 1880s. The settlement around the mine benefited from it, because in 1290 it became a city. Medieval Cracow Saltworks were a royal company, and the mining law was codified by Kazimierz Wielki. It was he who determined the size of  the mined lumps of salt (salt rolls weighing 390 or 520 kg) and at what price to sell them at. He also decided which cities could store salt, who could trade it and where. Wieliczka also supplied salt to Hungary, Silesia, Moravia and the Czech Republic.

In the 16th century, the mine, under the rule of Jan Boner, advisor and treasurer of King Zygmunt I Stary, was a thriving enterprise with its own salt mill. Salt was very valuable, which gave birth to the saying "słono zapłacić" (to pay dearly).

With the money obtained from the sale of salt, it was possible to rebuild the royal castle in Wawel! The salt mines also allowed for the maintenance of the Krakow Academy, the role and importance of which were crucial for the proper functioning of the state. Numerous monasteries and churches were built and restored. At the beginning of the 16th century, around 430 people worked in Wieliczka itself.

In the 20th century, the salt works produced up to 260,000 tons of excavated salt per year. Things were slightly worse with the exploitation of rock salt. The bed was clearly running out. Its extraction was reduced to almost zero in 1964. The industrial plant, which was a mine for centuries, has become, above all, a monument and a tourist attraction.

Today, in the workings of the Wieliczka Salt Mine, located at a depth of 64-135 m underground, you can admire, unique salt lakes, salt sculptures, old mining equipment, and chapels carved in salt, including the most famous – the chapel of St. Kinga, dimensions: length approx. 54 metres, width approx. 18 metres and height approx. 12 metres.

There are even relics of the Saint queen of Poland. It is the most recognizable place on the Tourist Route, and the largest underground chapel in Europe that still performs sacred functions. The oldest, fully preserved salt chapel is the chapel of St. Anthony (17th century).

Obelisks, mythological figures, adorned the 19th-century tourist route. All the sculptures and decorations, even the floor, were carved in salt by miners-sculptors. Over the course of seven centuries, 26 shafts were bored on nine levels up to 327 metres into the ground and salt from 2,040 chambers was excavated. Near Wieliczka, a labyrinth of almost 300 km of corridors has been created.

In the "Wieliczka" Salt Mine, there is a health resort that treats diseases of the upper and lower respiratory tract in the unique microclimate of the underground salt chambers. The spa complex consists of three chambers located 135 metres underground.

It was in the undergrounds of Wieliczka that Jerzy Stuhur said the famous words,"Ciemność widzę, ciemność!” (Darkness, I see darkness!) which opens Juliusza Machulski’s film "Seksmisja". During the filming of the cult comedy, the team spent two weeks in the mine's spa spaces!

Ancient Egyptian women tended to their beauty with ointment with the addition of salt. It is said that the salt cure was used by Nefertiti and the pharaoh Hatshepsut. It does not hurt to follow the example of the legendary beauties and reach for cosmetics based on salt, preferably from the "Wieliczka" Salt Mine.

Nature
Type of natural attractions: Other 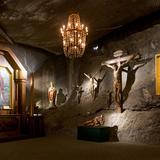 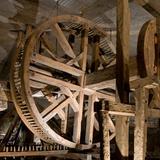 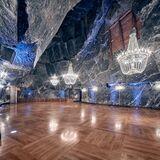 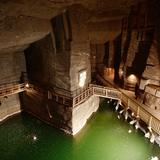 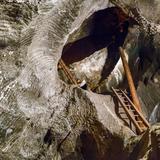 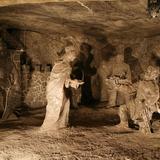