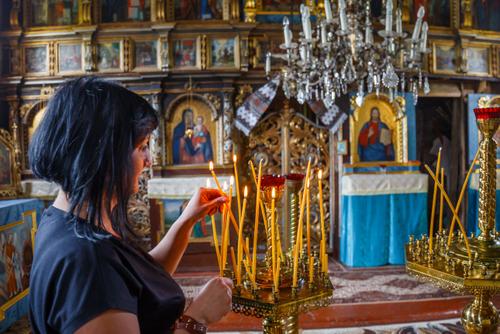 The Christian roots of Małopolska date back to the 10th century. The Christianisation of the region began in 966, with the symbolic Baptism of Poland.

The history of the Roman Catholic Archdiocese of Kraków, established as a bishopric during the Congress of Gniezno in the year 1000, is also very closely bound with Małopolska. As a result, a number of churches, monasteries and other places of worship began to be built in the region. One of the first places to attract pilgrims were the hermitage of Sts. Svorad and Benadik in Tropie and Skałka in Kraków – a church connected with the cult of St. Stanislaus the Bishop and Martyr. Today, Małopolska is home to dozens of sanctuaries of varying status: from the world-famous Kalwaria Zebrzydowska and the Sanctuary of the Divine Mercy in Kraków-Łagiewniki to some completely forgotten ones. What gave a new impetus to the development of the pilgrimage tourism was the election of Karol Wojtyła, the archbishop of Kraków, as Pope. Even during John Paul II’s pontificate, the places connected with his life attracted crowds of pilgrims. The province also boasts a number of specially marked trails, established to help pilgrims and tourists search for places conducive to religious meditation.