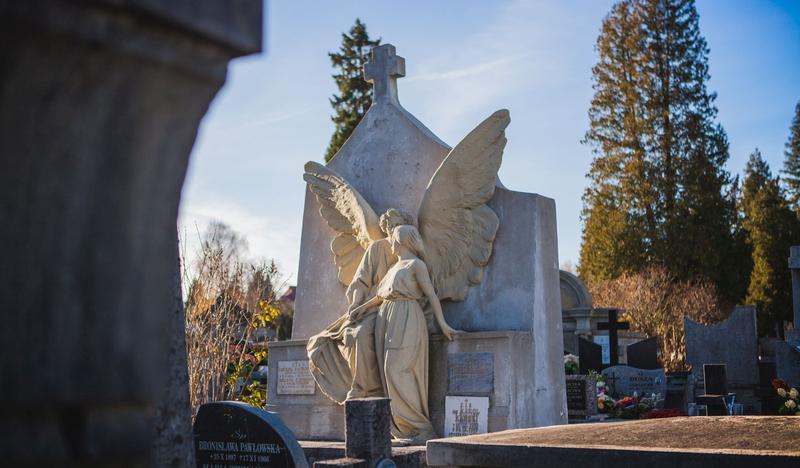 The parish cemetery in Gorlice, probably established in the 18th century, is located in the western part of the town.
The cemetery is irregular in shape, narrowed in its oldest part. Four gates lead to the interior of the cemetery. On the axis of the main avenue you can admire two family chapels built at the beginning of the 20th century. - There are two family chapels of the Płocki Family and Miłkowski Family on the axis of the main avenue, built at the beginning of the 20th century. The oldest tombstones made of sandstone, which can be found in the Gorlice cemetery, date back to the 1830s. The cemetery was the subject of heavy attacks of the Austro-Hungarian army, because the Russians prepared their defensive positions in the midst of the graves. To this day, in the wall from the side of Karwacjanów Street, you can see traces of the shooting holes made by the Russians defending themselves on the cemetery grounds. The cemetery was completely destroyed. In the places of many graves there were craters after cannon balls explosions. There were broken tombstone crosses and broken plaques everywhere, and the surviving tombs still bear traces of rifle bullets. The memento and symbol of the battle for Gorlice is the cross on the monument of the January Insurgents of 1863, broken by an artillery bullet. The monument was built in 1913 on the 50th anniversary of the outbreak of the January Uprising.
Multimedia 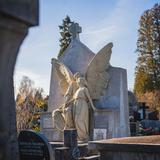 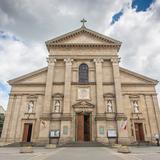