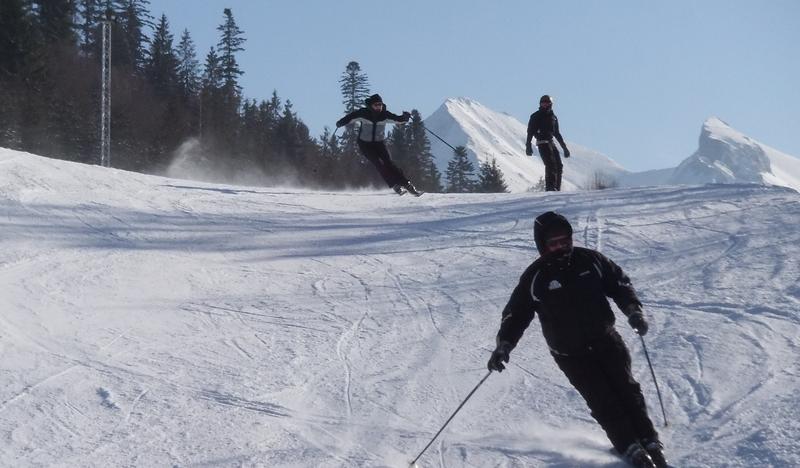 Skiing has been a thing in Długa Polana in Nowy Targ for almost a hundred years... No, that’s not a typo. The
hosts of the station remember that even in the interwar period, residents of Nowy Targ were skiing on the
northern slope of Czarnotówka.
The first ski tow in Długa Polana was installed in the 1960s. At that time, the lower station was built in a truck body. In 1973, the first t-bar lift was installed in a picturesque glade. The current lift was built in 1994. Three pistes – 450 metre-long with red designation and medium-high difficulty, a 650-metre-long easy piste with blue designation and a 100-metre-long, very easy piste with green designation are always perfectly groomed and prepared for the season. The several hundred-metre slope at the foot of the Gorce Mountains is groomed and illuminated, and it can also be covered with artificial snow. Thanks to the unique microclimate, the snow remains here until late spring. Długa Polana is an ideal base for a trip to Gorce Mountains – both for cross-country skiers, as well as ski-tourers, as well as for those who like snowshoe trips. The Tatry Super SKI pass is valid at the station.
Multimedia 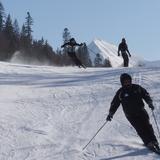