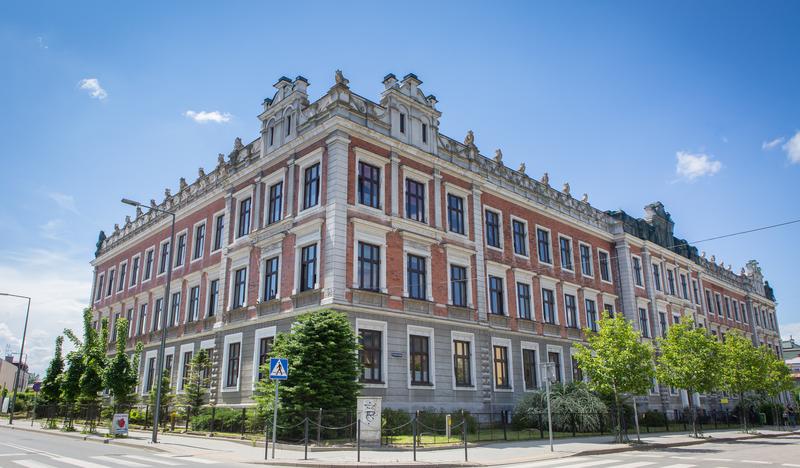 www.kromer-gorlice.pl
sekretariat@kromer-gorlice.edu.pl
Show details
The school was established in 1906 and started to function under the name of the Imperial-Royal Gymnasium in Gorlice.
The study began in a room belonging to the Gymnastic Society "Sokol" (the Falcon). The present building was erected in the years 1912-1914 according to the design of Tadeusz Mostowski. It is one of the most beautiful school buildings in the country. Its attic is decorated with the heads of rulers who have made a name for themselves in history by their special care for the education of young people: The attic is decorated with the heads of the rulers who have made a special mark in the history of youth: Casimir the Great, Queen Jadwiga and Ladislaus Jagiello. When World War I broke out, as early as on 23 September 1914 the education was discontinued and the school building was occupied first by Austrian and then by Russian troops. An Austrian military hospital was placed in it, and after the front moved again, it was again seized by the Russians. In 1915 the artillery bombardment destroyed the left wing of the building intended for the gymnasium and chapel. After a temporary renovation on 30 October 1915, schooling began again in the building. In 1953, the State Grammar School was transformed into the General Secondary School. In 1986, on the 80th anniversary of the establishment of the Gymnasium, the General Secondary School was named after Marcin Kromer.
Back 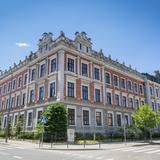