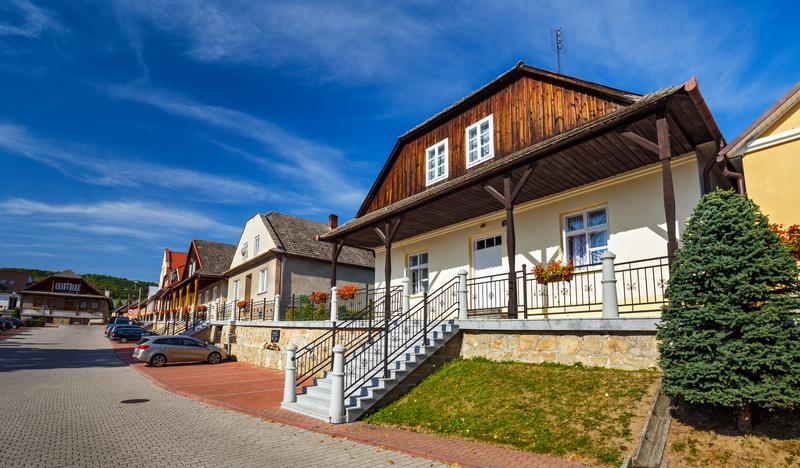 www.drewniana.malopolska.pl
Show details
The town established on a basis of the Magdeburg rights by King Casimir the Great in 1355. It developed due to its location on the trade route to Hungary. It was a seat of the circuit court and castellany and the greatest development was observed in the 15th and 16th century. Czchów, as one of the first towns in Poland, had the waterworks and sewer system. A tourist attraction of Czchów is, inter alia, the Gothic watchtower from the first half of the 14th century, which is a remnant of the former castle. The buildings in Czchów were long dominated by wooden, log houses, two or three-bay and covered by roofs with eaves.
From these older buildings only individual homesteads have survived in Czchów, and only the market square has retained a coherent character. After the fire of 1946 some of the market square buildings were reconstructed on the basis of a design by H. Jasiński: those are the gabled brick buildings with arcades. The town hall once stood in the middle of the square, but it was dismantled in the C18th, and the space is currently guarded by the figures of St. Florian (C18th) and St. Adalbert (C19th).
Back 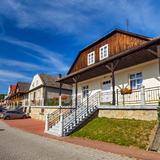