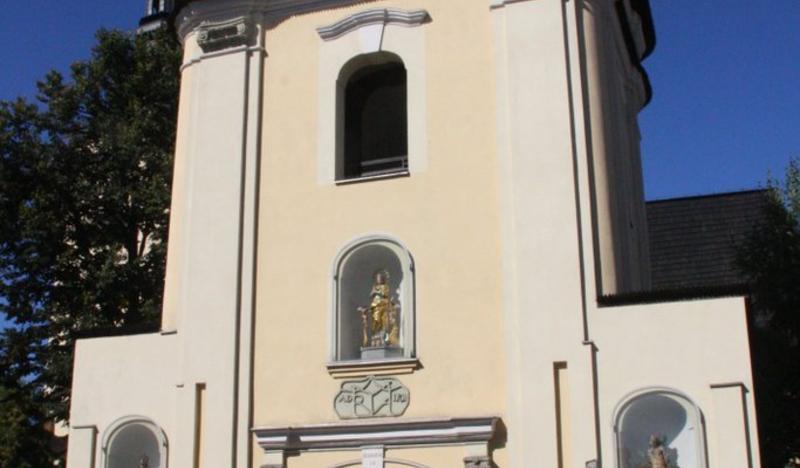 The Royal Free Town of Nowy Targ – the main commercial, transport and industrial centre of Podhale.

Nowy Targ, colloquially called by the highlanders the Town, is a historic capital city of Podhale. As shown by the latest archaeological studies, the wild and severe region of Podhale was already inhabited in the stone age. As close as 10 km to the South-East of Nowy Targ, in the rocks of the Obłazowa Cave, the traces of colonisation dating back a dozen or so thousand years have been found, including the oldest human bone in Poland and a boomerang made of a mammoth tusk. In the Middle Ages, most likely in the area of today’s St. Anne church, there was already an organised settlement called Stare Cło or Długie Pole, chartered by the Cistercians from Szczyrzyc. In nearby Czorsztyn, there was a fortress guarding the Hungarian border and in the south – a small castle on Skałka in Szaflary. The first mention of Novum Forum which as early as in 1333 had a village mayor and a vicar dates back to 1326.

On 22 June 1346, Dytrych Szyja was granted by King Kazimierz III the Great another town privilege based on the Magdeburg Law. The town was built on a new site, at the bifurcation of Biały and Czarny Dunajec, back then its urban layout was also shaped, with a large central market, from which one street led towards east and west. Kazimierz the Great was also the founder of the first church of St. Catherine, the patron of the town. Thanks to numerous Royal privileges and the development of crafts, the town developed quickly. In 1396, Nowy Targ was an important administrative and commercial centre with the self-government authorities operating at full complement. From the beginning of the 15th century, it has been the Royal town and seat of the starost. In the 16th century, there were already 100 houses there, the town was granted the right to store salt from Wieliczka and lead from Olkusz, to collect duty on goods imported from Hungary, fairs were regularly held there.

At the end of the 17th century, the continuous increase in serfdom and breaking the law by the then tenants resulted in anti-feudal uprisings of the highlanders in Klikuszowa and Czarny Dunajec, which ended with a general rebellion across the Podhale region. At the end of the Republic of Nobles, due to fires, continuous wars and passages of own and foreign troops, Nowy Targ became depopulated and in 1772 was occupied by the Austrian troops. After one of the fires, the possessive town manager ordered to reconstruct the frontages of the Nowy Targ market, with two streets on the corners. After 100 metres, these streets converge into a single street again, reminding of the medieval look of the city. Around 1820, Nowy Targ had 520, mostly wooden, houses. Mail carriages started bringing first summer visitors and Tatra tourists. With launching the railway line from Chabówka to Zakopane, the intensive development of the local industry, trade and tourism started. Also, the famous Thursday fairs became a tradition.

At the beginning of the 19th century, also a lot of facilities and public buildings were built, inter alia, lower secondary school, the building of “Sokół”, hospital. By means of the railway line, the town was connected with Kraków and Vienna and was a powerful centre for Podhale regionalism. World War II and the Nazi occupation interrupted the period of building the prosperity of the town. The Jewish population of almost 2,000 people, from the Nowy Targ ghetto, was exterminated by the Germans at the local cemetery. Despite the terror and repression of the occupier, there were several conspiracy centres in the town, inter alia, the People’s Tatra Confederation set up in June 1941, moreover, underground papers were issued. After the war, Nowy Targ started assuming the industrial nature. The sawmill destroyed by the Germans was rebuilt, a shoe factory, clothing and furrier’s cooperatives were established.

At the same time, the construction of housing estates, which are now inhabited by nearly half of the Nowy Targ population, was commenced. Today, Nowy Targ, as befits the district town, is a significant commercial, cultural and sports centre. There are many wholesalers here, shoe manufacturing plants, furrier’s plants, building material factories. Visitors may make use of an extenstive offer of restaurants, cafes and pubs. The town has excellent conditions for air sports, cross-country skiing and speed skating. Playgrounds and tennis courts are open all year long. Nowy Targ is also an excellent starting point for hiking and cycling trips to the Gorce Mountains, Spiš or Pieniny Mountains while the waters of Dunajec and its tributaries are a real paradise for anglers.

-      - St. Catherine Church – Patron Saint of the town, from the 14th century, founded by Kazimierz the Great. Originally, the wooden church was subject to many fires, today represents a variety of styles, resulting from the periods of reconstruction. It has the Gothic chancel from about 1346, brick Baroque aisle from about 1606, choir loft, vestry and stairs leading to the tower from 1608. In 1717, the chapel of Our Lady of the Rosary was built. In 1765, a new side portal under the tower and portal with the statue of St. John of Nepomuk on the southern part of the church were built. Next to the church, there is the beautiful Rosary Garden.

-      - St. Anne Church, made of larch wood, situated on the hill of the Nowy Targ cemetery and surrounded by old trees, hides monuments from many eras: the main altar from the mid-18th century, side altars from the 17th century, valuable paintings: Family of the Virgin Mary (1516), Virgin Mary and the Infant (early 16th century) and 19th-century polychromy presenting the legend of founding the temple. Both churches (St. Anne and St. Catherine) are inscribed on the list of the Gothic Route and on the list of the Wooden Architecture Route.

-     - Town Hall in the centre of the Market, built as it is today in the mid-19th century, with a commemorative plaque dedicated to Pope John Paul II.

-     - Papal Chapel from 1979 on Rusnakowa Clearing (at the yellow route to Turbacz), with numerous souvenirs of Gorce guerrilla warfare. It is here where Rev. Prof. Józef Tischner celebrated his famous masses which gathered large crowds of the faithful.
- PTTK Podhalańskie Museum in the Town Hall with a permanent exhibition and temporary exhibitions. The Museum holds about 7,400 exhibits from the field of ethnography, history, sculpture, crafts and folk art. A valuable exhibit is the Viennese printing machine from 1898, working in the printing house of Ignacy Borek.

-      -  monument of Władysław Orkan, enthusiast of Podhale, in the Market, before the Town Hall, founded in 1934 by the Podhale Residents Association, reconstructed after World War II.

-      -  Building of “Sokół” from 1908 – was the seat of the Gymnastic Society and the centre of patriotic and cultural life, now it accommodates the Complex of Vocational Schools. 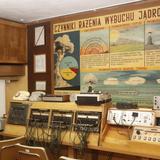 The Chamber of Cold War and Social... 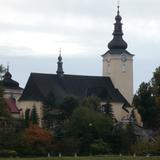 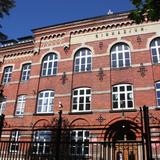 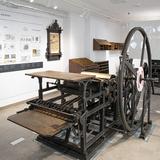 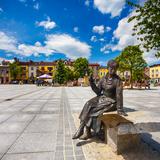 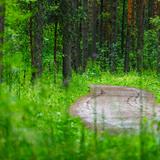 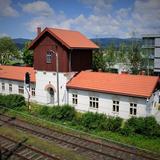 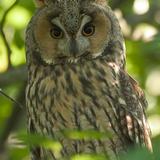 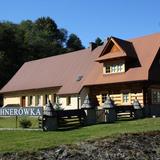 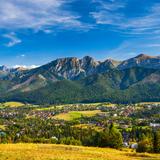