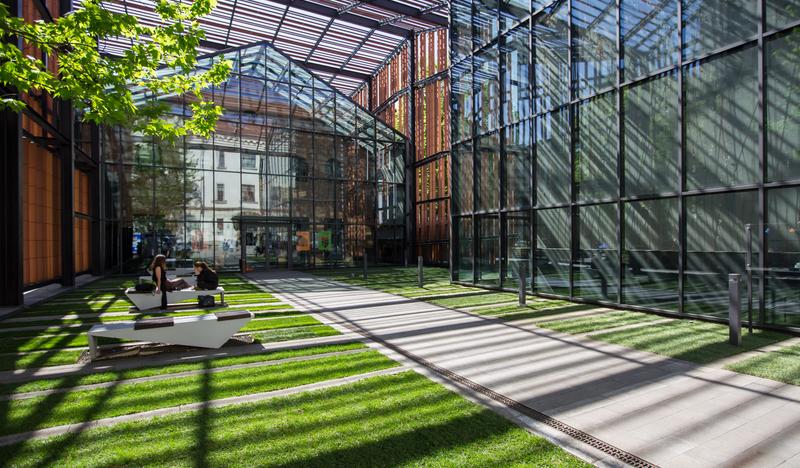 50.06503872351168,19.929752353960605
Rajska 12, 31-124 Kraków
Show details
Here beats the heart of artistic Krakow. The Małopolska Garden of Arts is open to artists seeking new theatrical language and new forms of relations with the audience. It is the most experimental space of the Juliusz Słowacki Theatre in Krakow.

The Małopolska Garden of Arts is located in several famous theatrical buildings and technical studios. The former roller-skating rink and riding school was adapted for the People's Theatre in 1906. Later, municipal theatres and revue theatres operated here. In 1931, the building was adapted as storage for decorations and props for the Słowacki Theatre. During the war, the Germans used the building mainly as warehouses. From 1946, it housed the scenery studios of the Słowacki Theatre (also used by the Old Theatre). Due to its poor condition, the building was suitable for either a general refurbishment or a complete revitalisation. Finally, it was decided to rebuild the building according to the winning design by K. Ingarden and J. Ewa Architekci Sp. z o.o. Work lasted from 2010 to 2012. A modern cultural facility was created, one of the most architecturally interesting buildings in the city. Its spectacular five-storey structure combines historical elements with modernity. Behind the glass façade, you can see a reconstructed fragment of the wall of the previous building.

Apart from theatre, film, dance, music and visual arts are also strongly present in MOS. There is a cinema hall with 78 seats for viewers hungry for high-quality films. It organises original film programmes, such as Łukasz Maciejewski's series entitled "Restored Masterpieces", which recalls significant achievements of Polish cinematography. In addition, together with the Pod Baranami Cinema, screenings are co-organised under the name BARANY IN MOS. The space of the Małopolska Garden of Arts is also conducive to the organisation of visual arts exhibitions. The modern spaces of the facility that has won numerous awards as an exceptional example of modern architecture present the achievements of the best Polish architects working today. 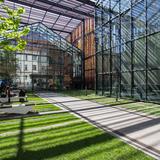 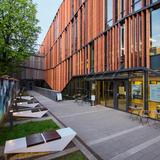 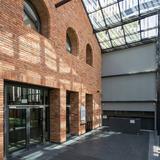