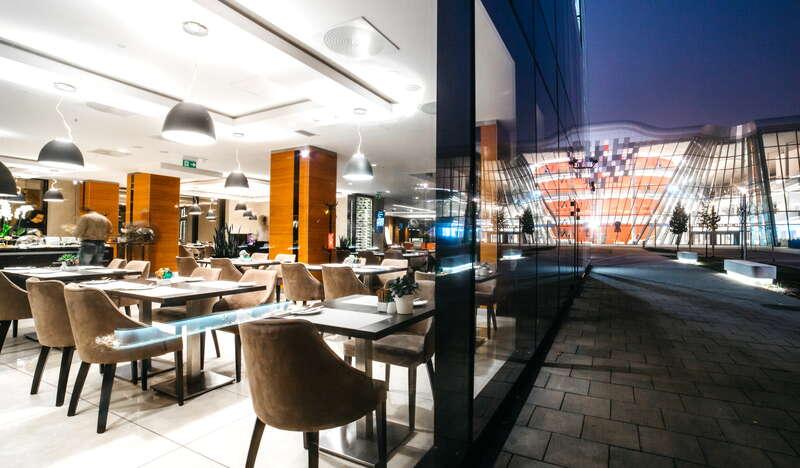 https://www.qhotels.pl/hotel-krakow-centrum/restauracja/menu
Show details
The modern Qualita Restaurant is one of the biggest assets of Q Hotel Plus Kraków. All thanks to the unique quality of dishes prepared under the watchful eye of the restaurant’s chef.

In its menu, the restaurant focuses primarily on traditional Polish dishes prepared from fresh, regional products characterised by the highest quality. Many of the dishes feature regional products made in a traditional manner, such as the Ojców trout and cheeses from the Kraków-Częstochowa Upland. The menu is modified every quarter and is always complemented by seasonal offerings based on current culinary trends. The uniqueness of the restaurant is proven by a number of prestigious awards that Qualita can boast of – a hat awarded by the popular Gault & Millau Guide and a recommendation from Restaurant Week, whose representatives rated the establishment as the best restaurant in the city and a place with the best atmosphere.

Gault & Millau – also known as the Yellow Guide – is an internationally renowned and highly influential restaurant guide created in 1965 by two French food critics, Henri Gault and Christian Millau. Ratings in Gault & Millau are given in caps – one cap is the lowest grade, while five caps indicates the highest possible rating.

Qualita Restaurant can also boast of an official recommendation from Slow Food Polska. The interior of the restaurant offers a modern and elegant décor. The combination of glazed elements and bright colours makes the room bright and seemingly teeming with life. An illuminated wall presenting Kraków's landscape reminds the guests that they are visitors to the City of Kings. 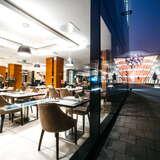 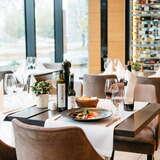 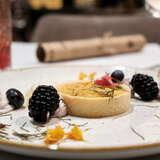 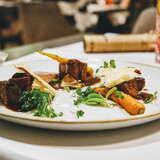