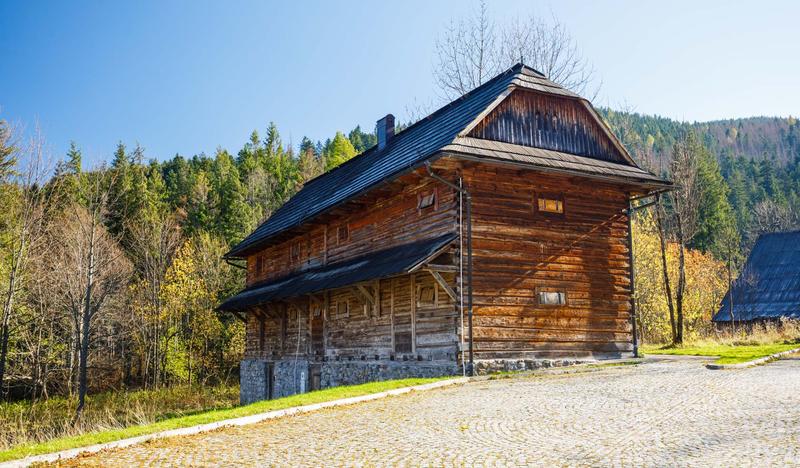 http://www.tpn.pl
infotur@tpn.pl
Show details
The historic part of Zakopane, located right next to the lower cable car station to Kasprowy Wierch and the trailheads to, e.g. Kalatówki or Hala Gąsienicowa. It used to be the industrial centre of Zakopane – with the most thriving metallurgical centre in Galicia, which started operating in the 18th century after the discovery of nearby iron ore deposits. The heyday of the Huty Hamerskie (Hamry Ironworks) was in the mid-19th century.

Kuźnice boasts a rich history, with the first mentions already in the 17th century. Probably at the turn of the 17th and 18th centuries, a metallurgical centre was established here, as evidenced by the references to Huty Hamerskie (ironworks) from the reign of August II the Saxon. The developing steel mills were profitable and in the second half of the 18th century, together with the Nowy Targ starost, they were bought by Franciszek Rychter Pelikańczyk from Krakow, and then in 1773, the ironworks were taken over by the management appointed by the Austrian invader, who decided to expand the Tatra factories. However, due to the exhaustion of iron ore deposits, pig iron production stopped in 1791. Kuźnice passed into private hands and changed owners until it was purchased by Jan Wincenty Homolacs, a Hungarian, who helped Kuźnice flourish as an industrial centre and not only that. Nowadays, the revitalised complex recreates the outline of the former manor house built for the Homolacs family, who moved there in 1833, with a lawn and a fountain, a carriage house (now an exhibition hall), the office of the steelworks management and then the House Work School for Women (now the office of the Tatra National Park management), and a former granary (now a museum). There is also a cast-iron cross from 1839 (the second oldest preserved monument in Zakopane, the first is the chapel of the Gąsienica family). 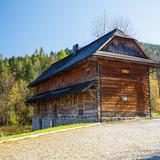