Sanctuary of Our Lady the Queen of Podhale, Ludźmierz - Obiekt - VisitMalopolska The figure of God’s Queen Mother of Podhale was donated to the church in Ludźmierz around 1400. Legend has it that the donation came from a merchant who was lost in the nearby moors and decided to call for Mary to help him find his way.
He founded the statue out of gratitude for her rescue. The figure of “Gaździna Podhala” can be found in the altar of the neo-Gothic church built between 1869 and 1877. However, the first wooden temple was erected here soon after 1234, when Ludźmierz became the residence of the Cistercians. Afterwards, however, the monks moved to Szczyrzyc. One of the key figures for the Marian cult in Ludźmierz was Karol Wojtyła, who used to come here to pray on many occasions.
Multimedia 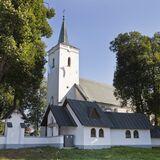 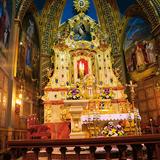 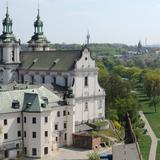 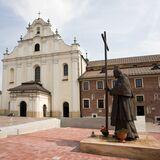