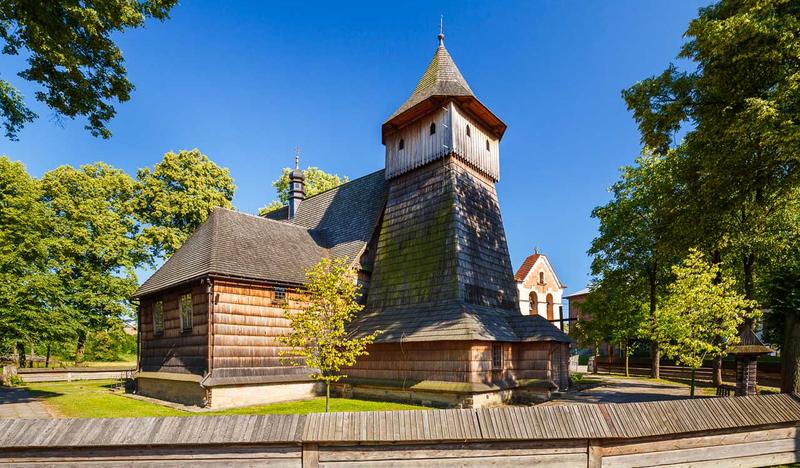 www.parafiabinarowa.pl
parafia@parafiabinarowa.pl
Show details
The first mention of the church in Binarowa comes from 1415. The temple that we admire today is slightly younger: it was erected in 1500 after the first building burned down. The late Gothic body from fir wood, with shingled roofs and walls, has a massive tower that visibly narrows toward the top and is crowned with a pyramid-shaped dome. The tower, just like the “soboty” arcades, is one century younger than the body of the church. In the 17th century, the chapel of Guardian Angles was added, which slightly distorted the typical classicist character of the building. What makes the church in Binarowa so famous that it was inscribed on the UNESCO list in 2003 is its interior – a sheer gallery of decorative art, which makes an enormous impression on visitors.

The walls and the ceiling of this beautiful temple are covered in paintings: the ceiling features a polychrome from the beginning of the 16th century, created with plant ornament templates, and on the walls you can see the 17th century Baroque cycles depicting scenes from the New Testament and the views of Biecz of the time. Also interesting is the décor of the church: the prettily carved benches, the confessionals and the pulpit (covered in paintings), the celebrant’s throne… Also stunning are the door fittings that remember the times when the building was constructed. Out of the precious furnishings, particularly splendid are the Gothic (14th and 15th century) sculptures and low reliefs in the altars (the only well-preserved collection in southern Poland) , as well as the stone baptismal font from the 16th century with a Baroque cover. The priceless value and the high artistic qualities of the church became the reasons for its inscription of the UNESCO list. It is worth mentioning that the temple in Binarowa is not only a beautiful example of wooden sacred architecture, but also the centre of Marian worship. In the left side altar you can find the painting of the Blessed Virgin with Child, famous for its graces. The painting comes from the 17th century and it is the replica of the miraculous painting of the Blessed Virgin from the Kraków “Na Piasku” Carmelites’ church. Unfortunately it was impossible to establish the identity of the author of the image and the date the painting came to the church. However, it is known that as early as in the 18th century, there were large-scale pilgrimages coming to see the painting. The cult survived until today, the proof of which is the novena to the Virgin Mary, with readings of requests and thanks, that takes place each Wednesday and gathers crowds of believers. 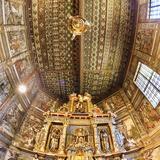 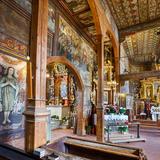 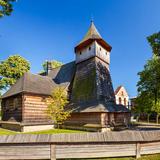 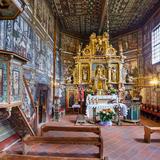 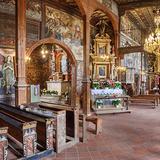 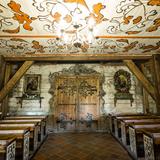 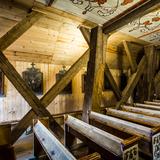 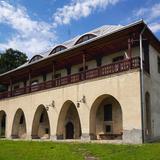 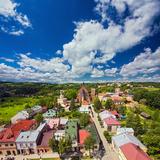 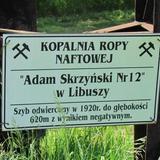 Museum of Oil Industry and Ethnogr... 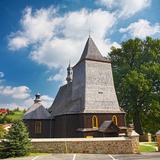 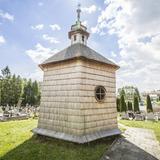 The Chapel of Christ in the Sepulc...