The Royal Castle in Dobczyce 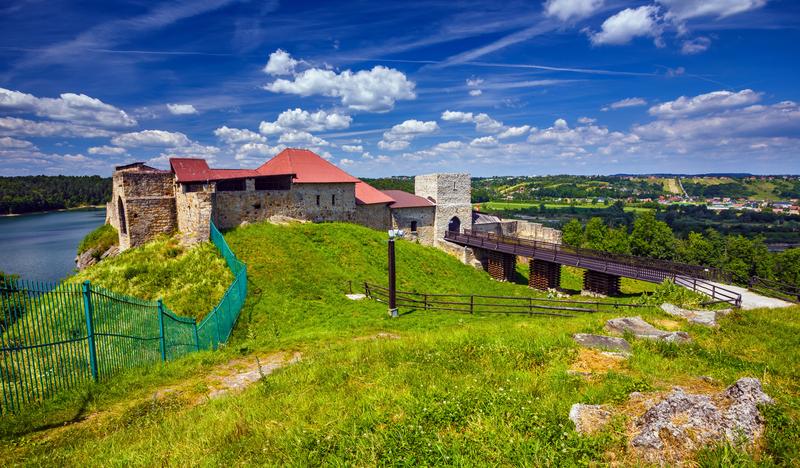 www.zamek.dobczyce.pl
zamek.dobczyce@op.pl
Show details
The royal castle was already built in Dobczyce probably in the 13th or 14th century, although its origins have not been established to this day. The fortress rises on a rocky hill on Lake Dobczyce, an artificial lake created after damming up the Raba waters with a dam supported by the castle hill.

The fortified stone castle, first mentioned in 1362, served as a defence for Krakow and guarded the crossing of the Raba River. During the reign of Kazimierz Wielki, it was a solidly fortified fortress with walls measuring 5-9 metres thick. Above the basement carved into the rock there was a corner tower, and the oldest and most difficult to conquer was the square tower. The fortress consisted of a lower and upper castle.

In 1398, King Władysław Jagiełło and his wife Jadwiga visited it. In the 16th century, the Lubomirski family were the starosts of Dobczyce, who in the years 1593–1594 rebuilt the Gothic fortress into a Renaissance residence. A clock was installed on the tower, a chapel was erected in place of the gate, and a fountain was built. The castle was the favourite seat of Sebastian Lubomirski, who came here during his illness. In 1620, there were 70 rooms in a comfortably furnished castle with three towers. In the times of Kazimierz Jagiellończyk, it housed the "Academy", in which Jan Długosz taught six of the royal sons. In 1702, the castle was destroyed by the Swedes. Attempts to save and rebuild it were made by Michał Jordan. Despite the destruction, the castle was inhabited until the beginning of the 19th century, until its demolition by local people looking for treasures within its walls.

In 1901, the protection of the ruins began, in 1960 excavations began, and after many years a part of the castle was rebuilt, where the Regional Museum of PTTK named after Władysław Kowalski was established. There is a room dedicated to the founder of the museum and the first curator, Władysław Kowalski. There are also exhibitions: the history of the city and the castle, the history of World War I and II in the Myślenice district, an archaeological exhibition and a metallurgical room, and a torture chamber in a prison dungeon. There is a painting of St. Kazimierz Jagiellończyk, patron of the Dobczyce region. On the terrace in the place of the tower, shows, parties, educational activities and workshops are held. A well carved in the rock in the upper courtyard, measuring 8 metres deep, was the castle's ice house. Fight shows, games, competitions and lectures are held at the knight's camp in front of the castle.

In the vicinity, an open-air museum with wooden buildings from the surrounding villages has been established. The castle hill offers a view of the Podgórze and the Beskids.

The Royal Castle in Dobczyce 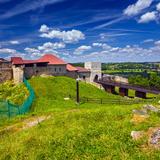 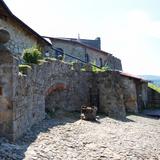 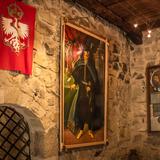 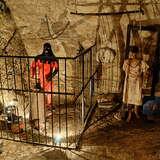