The Ludowy Theatre is one of Kraków’s youngest theatres – it was opened on 3rd December 1955.

Since its beginning, it has operated in Nowa Huta – a specific environment with an unusual social structure and without any commonly established traditions and cultural customs. In the first years of its activity, it won nationwide fame and became a symbol of the theatrical avant-garde. 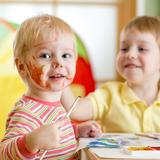