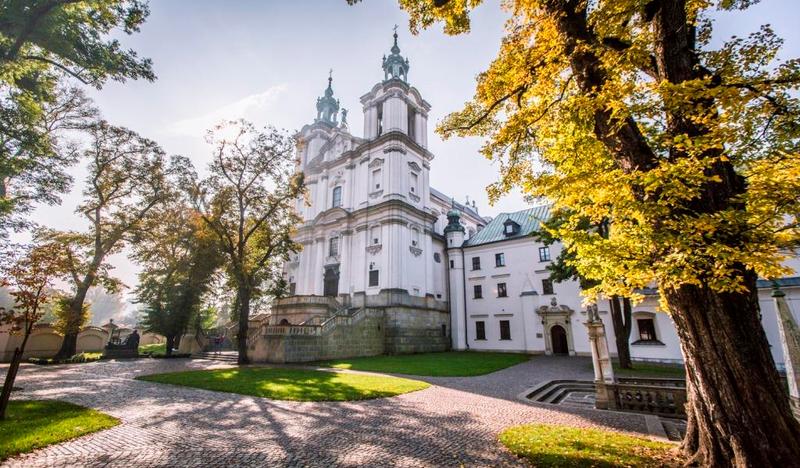 In the basement of the church, there is the Crypt of Merit. It was originated by a Jagiellonian University professor, Józef Lepkowski It was opened in 1880, on the 400th anniversary of the death of Jan Długosz. Deceased chronicler remains were placed inside during the solemn process. Since that time, the most outstanding representatives of Polish culture have been buried in the crypt, including Stanisław Wyspiański and Czesław Miłosz.

The House of Jan Długosz was built in the 14th century In the mid-15th century, it was handed over to Jan Długosz, who lived and wrote his most important works there until 1480. From 1873, Franciszek Wyspiański, Stanisław’s father, had a sculpting workshop in this house.

3) Museum of the Faculty of Medicine of the Jagiellonian University
Time of arrival: 30 min, Sightseeing time: 15 min

Interior decoration of the Krakow Medical Society's tenement house was entrusted to the Krakow artist, Stanisław Wyspiański. Born in Krakow in 1869, the artist had already placed polychromes on the church of the Franciscan Order, cooperated in renovation of St. Mary's Basilica and the Church Of The Holy Cross, as well as numerous smaller projects. Wyspiański created an unusual work - starting from choosing the colour of the walls, through patterns on rugs to the ornaments of furniture. As the anecdote says, when asked why he had designed quite uncomfortable armchairs, he answered that he had done it on purpose, so that the participants of the prolonged meetings of the Society would not sleep. There is also a magnificent staircase with a famous balustrade with a chestnut leaves motif and a masterpiece of contemporary utility art - a stained glass window depicting Apollo as a personification of the Sun from Copernicus' theory (these and other works can be seen today in the Museum of Wyspiański in Krakow).

Tenement house at Szczepański Square. In 1904, it was donated to the National Museum by the Szołayski family to be used as an art gallery. The branch located inside is called the Museum of Stanisław Wyspiański and specializes in the Young Poland art. On 1 February 2013, on the first anniversary of Wisława Szymborska's death the exhibition “Szuflandia Szymborska” was opened in the tenement.

Baroque Nowodworski Collegium, built in 1638-1643, was expanded in 1855 by adding an additional neo-baroque wing. One of the oldest high schools in Poland, subordinated to the Krakow Academy. Among its famous students were future king Jan Sobieski, future general Józef Bem and painters Jan Matejko and Stanisław Wyspiański.

Church of St. Francis of Assisi (Franciscan Order) is one of the oldest buildings in Krakow. The original one was erected in 1237-1269. In the first half of the 15th century it was entirely rebuilt. In 1850, during the fire of Krakow, the church was completely destroyed. It was rebuilt in 1912. In the façade, above the entrance, there is a famous stained glass window made by Stanisław Wyspiański: God the Creator. Inside the church, you can also admire other stained glass windows by Wyspiański, including images of blessed Salomea and St. Francis. 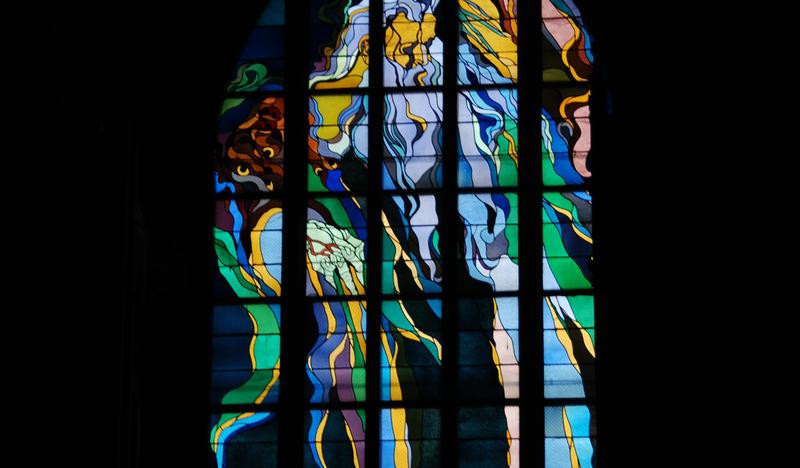