http://www.ma.krakow.pl
mak@ma.krakow.pl
Show details
If you would like to discover the secrets of the grave of a Hun warrior found in Jakuszowice, see the treasures found in Nowa Huta and learn more about the mummy of a cat, go to the Archaeological Museum in Kraków – the oldest venue of its kind in Poland, which is home to some of the most unusual objects and finds.
The museum has been building its collections since the 19th century – some of the artefacts were shared by the general public. This is how the Museum got its hands on the stone statue of Svetovid of Zbrucz, which is now the symbol of the Museum. The collections were expanded further with subsequent archaeological surveys conducted by the Museum’s staff. Some of the most precious additions include the collection of ancient Egyptian relics, including sarcophagi and mummies. The collection also features an animal mummy and a grain mummy, which symbolises the life-giving force and rebirth of nature. In the room dedicated to the prehistory and early medieval period of Małopolska, you can explore collections of artefacts made of mammoth bones and tusks discovered in the Mamutowa Cave. Some of the most interesting artefacts also include the barrow tomb of a Hun warrior from Jakuszowice, which lies near Kazimierza Wielka – a particularly interesting burial place of a young man who lived in the 5th century, with precious and richly adorned objects, including weapons and clothing. You can also discover the secrets of the treasure from Nowa Huta and beautiful and exotic textiles from Peru. The Museum is surrounded by beautiful gardens, which are a place for relaxation.
Back 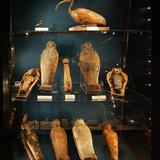 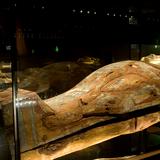 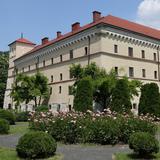 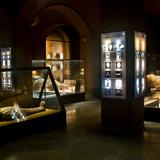 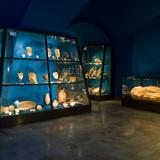 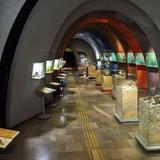 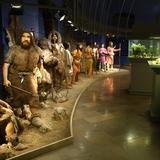