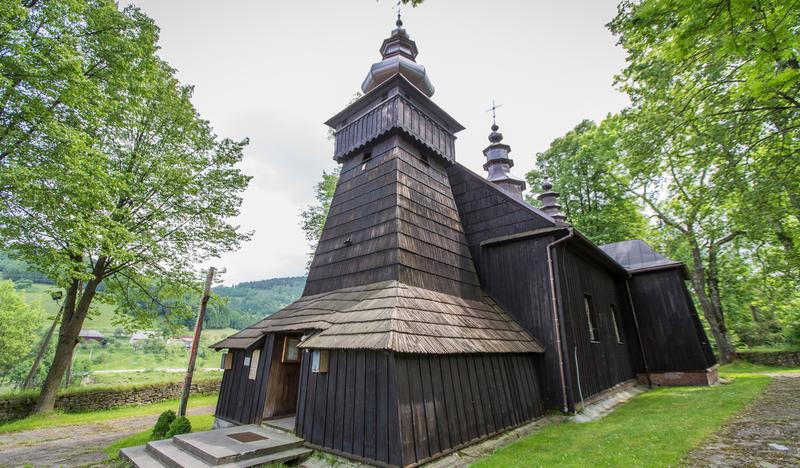 The Greek Catholic Church of the Nativity of the Mother of God in Królowa Górna was erected in 1815.
The spire probably comes from a previous C18th church which stood on the same spot. Despite alterations the building has retained the typical features of a West Lemko church. The walls and ceilings are adorned with neo-baroque polychrome decoration from the beginning of the C20th (in the middle of the nave ceiling there is a depiction of The Last Judgement). The church fittings include a C19th iconostasis, a main altar consisting of a C19th base and an C18th altarpiece (with an Oranta icon of Our Lady), two side altars with icons of St. Cyril and St. Methodious and St. Włodzimierz and St. Olga.
Multimedia 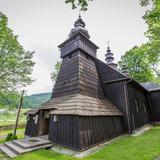 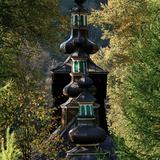